In 2021 Birmingham’s office market outperformed the 6 previous years and shifted the trend to positive by posting 150,781 SF of overall absorption. Overall occupancy increased by 0.42% to 85.40%.

There were 6 large, class-A office building sales in 2021, the 2 largest in the CBD; both One Federal Place and Renasant Place traded to out-of-state investors. Leasing activity was healthy with more than 70 significant leases reported in 2021, 13 of those were new leases greater than 10,000 square feet. The CBD, Highway 280/I-459, and Southern/I-65 submarkets all had positive absorption for the year. Rental rates continued an upward trend, increasing from 0.27% in the Vulcan Oxmoor submarket to 2.78% in Midtown. The overall market rate was $20.69 psf, an increase of 1.12% from the previous year. Availability of space has been getting tighter in the two highest performing submarkets. The Midtown and Southern/I-65 submarkets had only a few blocks of space greater than 10,000 sf remaining between them. Each of these submarkets posted occupancy levels above 93% in 2021. 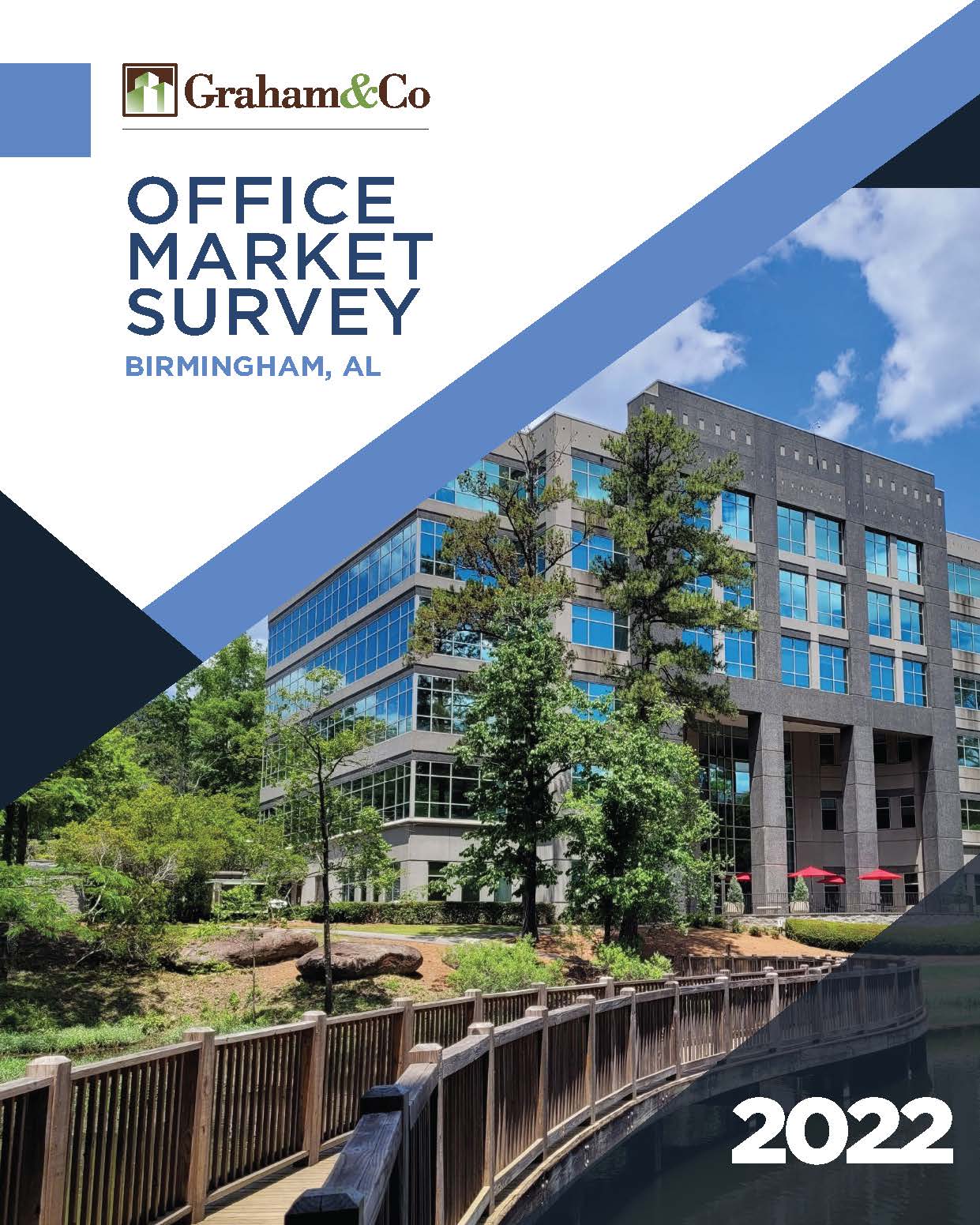