Birmingham’s office market remained strong in 2018 with the CBD and Midtown submarkets having posted positive absorption. Midtown had the strongest performance, with more than 179,000 sf of positive absorption. In 2018, the overall Birmingham Office Market posted -73,287 sf of absorption. This change can be attributed mostly to the 280/I-459 submarket which continued the trend of companies migrating from the suburbs back toward the city center. Confidence in the office market continues to remain high as many of the large blocks are beginning to backfill and local companies are continuing to grow.

During 2018, there was more than $213 million in building sales greater than 25,000 sf. The largest sale transaction of the year was Colonnade Office Park; the 419,165 sf, three building portfolio, sold to an out-of-state investment group for $65 million. Additionally, the Gray Building in the CBD and Corporate Center in Midtown traded as investment sales. Nine class A office buildings traded for more than $179 million in 2018, continuing a trend for Class A office sales the Birmingham office market has experienced during the last few years.

FUTURE
The CBD is expected to continue its redevelopment activity driven in part by the Alabama Historic Tax Credit. Additionally, the submarket is poised to capitalize on the new Opportunity Zones incentive established by Congress in the Tax Cuts & Jobs Act of 2017, with almost the entirety of north and central Birmingham within the designated area. The Birmingham market’s greatest challenge continues to be job growth. While there are a number of contributing factors, lack of cooperation between the dozens of municipalities within the metro has been at the top of the list. A recent initiative, dubbed the Good Neighbor Pledge and signed by mayors of almost 2 dozen cities, is a major first step toward improving collaboration. This “no-poaching” agreement should facilitate a pivot in job recruitment efforts toward new companies outside of the Birmingham market. The Birmingham Office Market is set to instill confidence in its future, and the suburban submarkets will continue to offer options for continued growth. 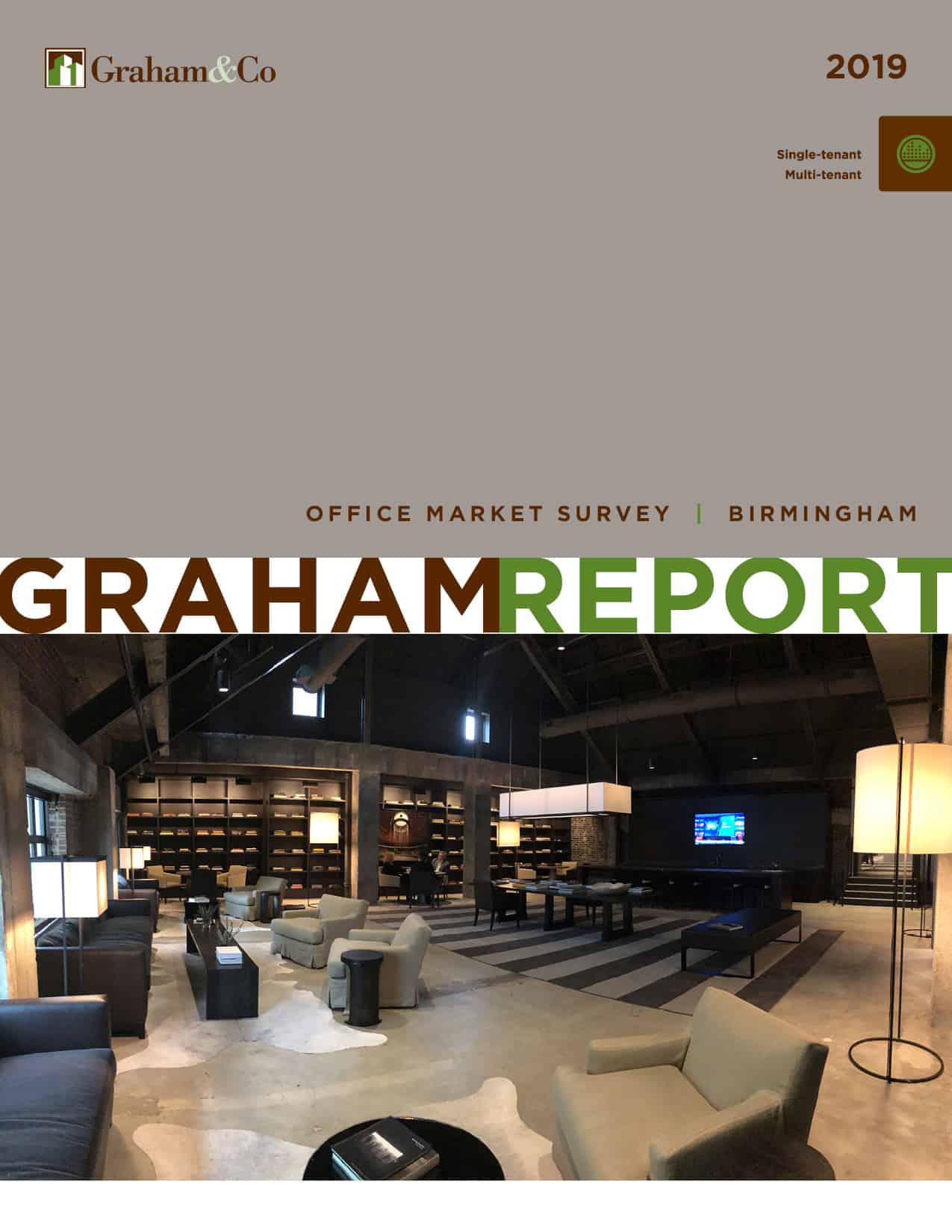